Finding Strength Through The Ahl-Bayt (ʿa) 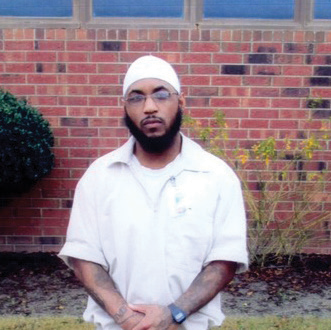 I always think of the hardships and trials the Ahl al-Bayt (ʿa) went through and I know there is absolutely nothing I can go through that they haven’t been through or worse, and so I stand firm.

Murtada is a current inmate from South Carolina. Currently serving a 20-year sentence, he will be eligible for release in 2026. Murtada accepted Islam while in prison and took on a different name to reflect his embrace of a new path.

Like many of those in prison, Murtada was exposed to crime through his life circumstances. Murtada’s father had accepted Islam when Murtada was eight, but his parents did not remain together and he only saw his father occasionally. Islam had little presence in his life on a day to day basis as his father was not always present. His lower socioeconomic neighborhood offered few alternatives to the presence of crime for the growing children. By the ripe age of 13, Murtada was recruited and welcomed into a local chapter of a national gang. He soon regarded the gang members as his family–it would be this same family that would predicate his 20-year stint in prison.

With time, Murtada climbed the ranks of the gang as his role as well as his relationships intensified. With the increased intensity, things inevitably would get out of hand. Saving a gang brother’s life, Murtada’s actions resulted in the loss of another man’s life. The once tight knit family environment quickly dissolved and Murtada found himself alone behind bars.

After participating in Islamic classes in prison, asking questions and lengthy research led him to the Ahl al-Bayt (ʿa) where a fire was lit in his heart. A love was born that could not be replaced; he studied the lives of the members of the Holy Household (ʿa) and he used their examples of resilience and patience to mentally prepare himself for the remainder of his time in prison.

“People want to know what this ‘other sect’ of Islam is. They want to know who the Shīāh are. The truth is not to be concealed; it’s to be revealed. We have it. We must share it and spread it. We have the potential and resources to do much more.”

For the youth, he has some humble advice: “You have the power to change yourself, and change others for the better… learn, study, teach and exemplify. And when things are tough, remember when Allah has something good in store for His servant (whether youth or elder), He first bestows hardships upon him/her [sic]. The bigger the hardship, the bigger the blessing Allah has in store for you. So when things get hard, smile and remember that it’s a prerequisite of Allah bestowing a blessing upon you.

Regarding his struggles with being a follower of the Ahl alBayt (ʿa), Murtada said, “It’s very discouraging when you are oppressed (in prison) and ostracized and constantly being challenged to present proofs and evidences you know exist but you don’t have access to the books because they aren’t in your language. But even through all these difficult situations and challenges, I always think of the hardships and trials the Ahl al-Bayt (ʿa) went through and I know there is absolutely nothing I can go through that they haven’t been through or worse, and so I stand firm.”

It is the example of our seventh Imām, the oppressed and imprisoned Imām Mūsā b. Jaʿfar (ʿa) that Murtada gleaned his patience from, admitting that it was something he struggled with. Imām Mūsā b. Jaʿfar (ʿa) was imprisoned all throughout his life on false premises and accusations, but despite this, was still known to be tolerant, patient, and kind with people, thus earning him his title, “al-Kāẓim”. It was with his imprisonment that he thanked Allah for the opportunity to worship Him extensively, stating it was an answer to his prayer to find time for Allah. During his time in prison, he was tortured and later poisoned on the orders of the then ruling Caliph Harūn ar-Rashīd.

“If it wasn’t for Imām al-Kāẓim (ʿa) when I did extensive time in lock up, I wouldn’t have made it…I just thought about how hard he had it and yet he saw the blessing in his solitude, and so I did the same.”

Murtada’s sentence will come to a close in June 2026; by then he will have served 17 years of a 20 year sentence. His hopes and aspirations for life post release are that of a reformed man. He hopes to find a stable and positive environment, to find a job, and continue his education. He also wants to help other inmates through the State Correctional Departments by providing access to the appropriate Islamic studying materials. “Ultimately, I just want to contribute to the cause of the Ahl al-Bayt (ʿa) and spread their teachings as best we can. InshāʾAllāh.”