How Islam Came To Be? 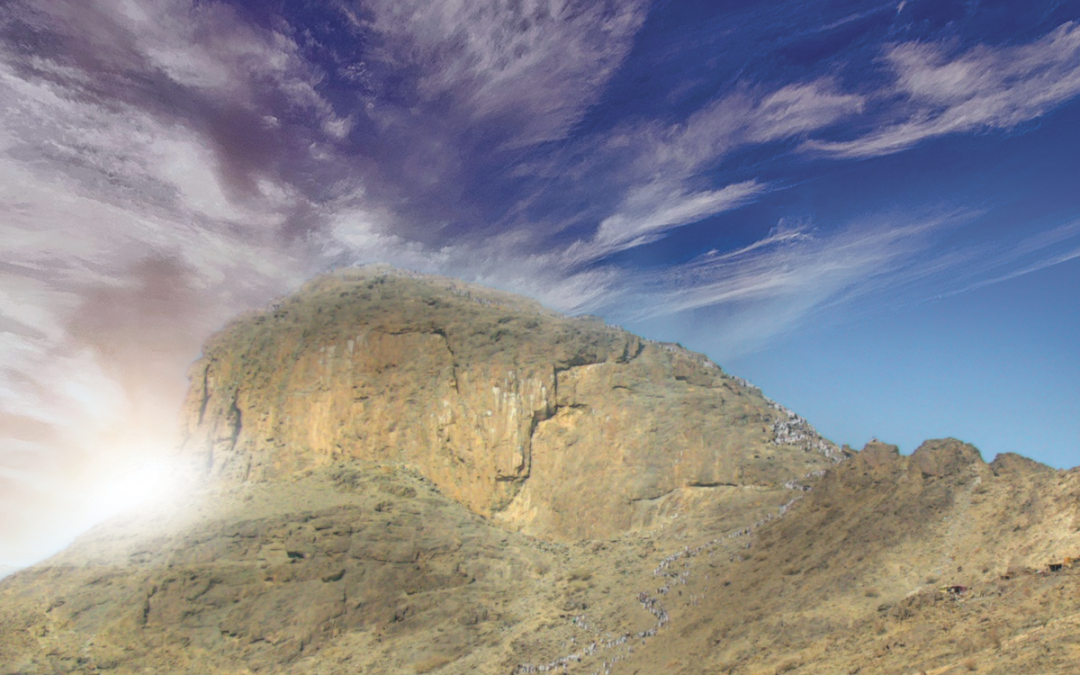 The story of Islam begins long before the first revelation of the Holy Qurʾān by the Angel Jabraʾīl (Gabriel) to Prophet Muḥammad (ṣ) in the cave of Hirāʾ. In fact, it begins with his birth. Prophet Muḥammad was special–after all, he was sent as a mercy to humanity. Allah saw the potential in Prophet Muḥammad (ṣ) upon his creation, making him worthy to be a guide to mankind. However, to be appointed a prophet does not mean it came without its challenges. His great status of prophethood would guarantee that he would have many responsibilities, tests, and difficulties. It is not such that anyone could rise to a high position in society without struggle.

His struggles began soon after birth. Prophet Muḥammad (ṣ) was orphaned several times in his early life. As a young child, his father ʿAbdullāh passed away, then his mother, Āminah, and finally, his grandfather, ʿAbd al-Muṭṭalib, who was his caretaker after the previous two. His uncle, Abū Ṭālib, then took over his care. Needless to say, he was not untouched by tragedy. These experiences, and specifically how he handled them, would shape him to be the noble and honest man he grew to be.

Prophet Muḥammad (ṣ), grew up to be well respected by the Meccans for his wisdom and virtues. He was known as al-Amīn amongst the people, a trusted and truthful person. However, the society he lived in was full of evil, ignorance, and oppressive cultural traditions. Prophet Muḥammad (ṣ) would go to the Cave of Ḥirāʾ (Mount Ḥirāʾ), a mountain near Mecca, where he would meditate and worship Allah.

He would spend days in that cave, just praying to Allah asking for guidance for the people of his society that were lost and in dire need of it. His society was such that even with the brightness of the sun over the desert, it was devoid of any light. His heart yearned for the guidance of Allah.

A day came when not only the history of the world changed, but Prophet Muḥammad’s life and society as well. The day came for the start of Islam. After spending his entire life in Mecca with the polytheists, Prophet Muḥammad (ṣ) was 40 years old when he received his first revelation, officially making him the final Prophet and Messenger of Allah. It happened in the cave of Ḥirāʾ, where he was focused on praying to Allah, when suddenly, the Angel Gabriel appeared with what we know as the first verses of the Noble Qurʾān:

“Recite in the name of your Lord Who created. Created man from a clot. Recite and your Lord is most Generous. Who taught (to write) with the pen. Taught man what he knew not.” (96:1-5)

With these verses, it was decided now, both formally and publicly, that Almighty Allah had chosen Muḥammad (ṣ) to be the last and final messenger to humankind. His heart was full of joy as he thanked Allah for giving him this responsibility. He quickly went home to tell his beloved wife Lady Khadījah (ʿa) to share the truth and invite her toward the ḥaqq (truth). His wife was already a pious and God-conscious woman, so it is no surprise that Khadījah immediately believed in the Prophethood and affirmed her faith in Islam, along with Prophet Muḥammad’s cousin, ʿAlī ibn Abī Ṭālib (ʿa). They were the first male and female to accept Islam. This was the start of a divine mission that was meant to cleanse the Arabian Peninsula of polytheism. It began in the home of Prophet Muḥammad (ṣ), then spread to a smaller group of people, and over time, we have seen the progression and growth of Islam.

The announcement of Prophethood was full of different reactions in the Meccan society. The oppressed classes flocked towards Islam, seeing it as the answer to their prayers. In Islam, they found an equalizer – it did not matter their wealth, or lack thereof, their skin color, or what tribe they came from. They found justice in Islam, when there was none to be found in their society. It was through these lower socioeconomic classes that Prophet Muḥammad (ṣ) began to build a strong community, not with wealth, but with human capital.

Allah says in the Noble Qurʾān,

“Indeed, the noblest of you in the sight of Allah is the most God-conscious among you.” (49:13)

However, this faith was a threat to the oligarchy – and its upper class members openly mocked the Prophet (ṣ). They were in desperation to stop the final revelation, for it rallied against all of their wrong practices of racism, classism, sexism, and much more.

Prophet Muḥammad (ṣ) continued to lay the foundation for the growth of Islam for the next 23 years of his lifetime, which was continued with the Divine appointment of the  Maʿṣūmīn (Imāms) following his demise.