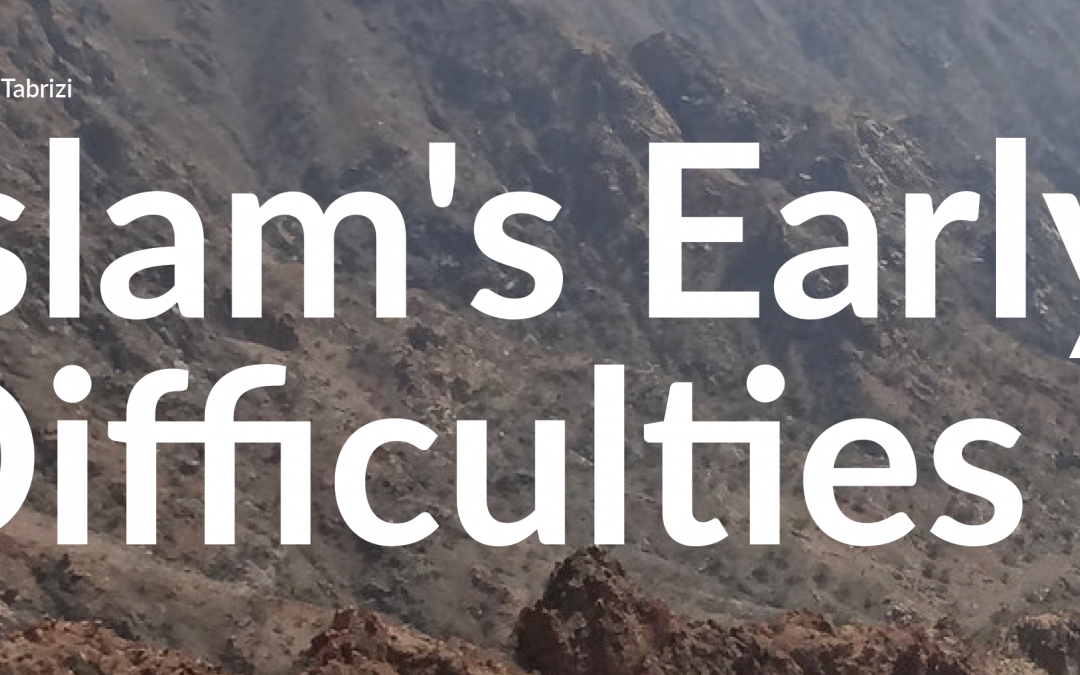 The year 619 AD had been a very difficult year for the Prophet Muḥammad (ṣ) in which he lost two of his closest family members and protectors. This year was known as ʿĀm ul-Ḥuzn (The Year of Sorrows). The first to pass from this world was his beloved wife of 25 years, Khadījah al-Kubrā (ʿa), who, as we last saw, was the first to accept Islam and the main financial supporter of the Prophets and Muslims. The second loss during that year was his uncle Abū Ṭālib (ʿa). Abū Ṭālib (ʿa) had also been one of the early converts to Islam, although he had kept a low profile as he wanted to maintain his political clout in Mecca in order to protect the Prophet (ṣ). Abū Ṭālib (ʿa)
was the chief of the Prophet’s (ṣ) clan, the Banū Hāshim.

It was at the climax of the Prophet’s (ṣ) pain and loneliness in that year when he  was taken on the Isrāʾ and Miʿrāj, namely the Prophet Muḥammad’s (ṣ) Night Journey and Ascension to Heaven, where he would meet Allah. It was during the Prophet’s (ṣ) ascension that Allah would reveal the standard Muslim ritual of five daily prayers to him. Prayer was going to be a tool for Muslims to draw closer to Allah, and by doing so, their means of dealing with the intense suffering and pain of existence in this world.

This, of course, is in line with how God’s providence works in the world (sunnat Allāh) where the Lord manifests Himself fully in moments of deep pain. As such, it is why Allah said that, “I am with the broken hearted,” as well as when the Prophet (ṣ) said about God, “Allah loves all the weeping hearts.”

As more people began to accept Islam, matters got gradually worse for the Prophet (ṣ) and his family. People
would throw feces at him when he would pray or step out of his door. Attacks also became physical, causing
the Prophet (ṣ) injury to the point that ʿAlī b. Abī Ṭālib (ʿa) had to step in front of him whenever he would go out,
and absorb all the rocks and filth that were thrown at the Prophet’s (ṣ) head.

Ridicule and mockery soon turned to accusations of sorcery. This is because the Qurʾān’s eloquence and miraculous ability to attract people to Islam made the elders of Mecca realize that the message was no trifling matter. Society at large was being pulled and transformed by the Qurʿān’s message, and the status quo of the city’s idolatry and economic oppression was being threatened. As a response to various accusations, Allah revealed a challenge to the most eloquent litterateurs and poets of the peninsula to bring a chapter like the Qurʾān. The challenge still stood even if the chapter was only a few verses long. Yet, none of the peninsula’s intellectuals could do so.